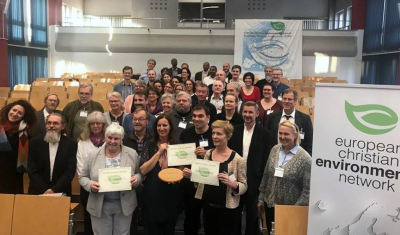 The 12th Assembly of the European Christian Environmental Network met from 6-10 October 2018 under the heading ‘On the way to economic and ecological justice’ in Katowice in Poland, hosting 85 participants from 22 countries of Europe and overseas.

Discussions of the Assembly were guided by the biblical words of the prophet Jeremiah 29:11 “I know the plans I have for you, says the Lord, plans for your welfare and not for harm, to give you a future with hope.”

Participants gathered to share joy in God’s creation, to remind each other that everywhere it is under threat and that churches across Europe as well as in other parts of the world have a duty to care for creation; in worship, in action and in advocacy.  The focus of the Assembly discussions was the relationship between economy and ecology; ways to achieve a just distribution of available resources while respecting the principles of economic and ecological justice.

The report of the ECEN Assembly is now available on their website here.